Knowing how to select information in writing Task 1 is a key skill.

In every question you will ever see in writing Task 1, the instructions state:

This is the key phrase:

The words summarise and select mean that it is not always necessary to give every detail provided in the question.  Of course, sometimes you do need to give all the figures. 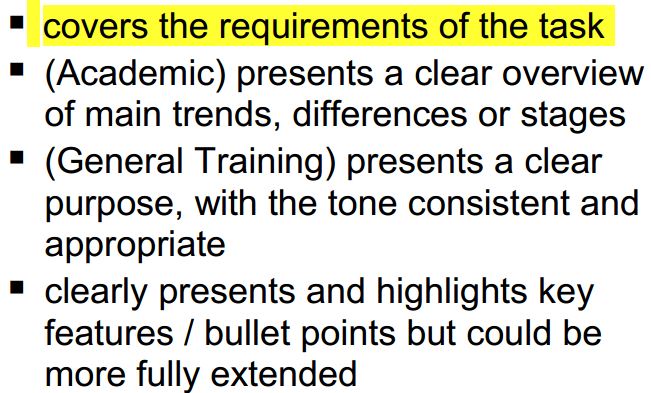 In other words, in order to get a 7 for Task Achievement, you need to know how to select information.

Look at this chart and decide what information you should select.  Then click on the + sign below to see an illustration of information selection. 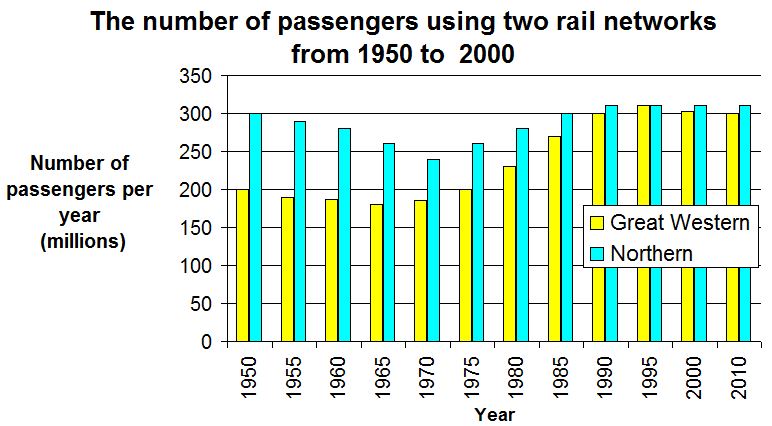 Click here to reveal an illustration of selected information Expand

In a bar chart with over 20 figures, do not attempt to describe all the details.  Instead, you need to summarise the information.

You have to decide which of the features are the most important.

Usually questions with changes over time (ie trends), I give the starting figures along with the situation at the end of the period, and the main trends.

The bar chart gives information about how many passengers travelled on three different railway networks annually between 1950 and 2000.

Overall, passenger numbers on both the Great Western and the Northern networks declined until around 1970, after which both networks recovered, and the Northern was more popular throughout most of the period.  Meanwhile, The Light Rail Network was far less widely used, but saw much greater growth.

At the start of the period, the Northern was the most widely used as 300 million passengers used it every year, while the figure for the Great Western network was a third lower, at 200 million.  Thereafter, numbers on both the Northern and the Great Western fell for the next decade or so, reaching lows of 240 and around 170 million passengers per year, respectively, in 1970.

In a bar or line chart there is often, but not always, a lot of information and it is important to remember the instructions.

In a table or pie chart, there is often, but not always, less information.

The key words are summarise and the main features. 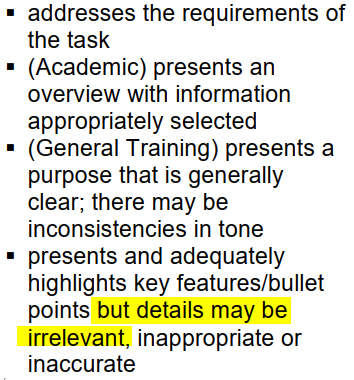